After four years of work, the renowned Danish artist Olafur Eliasson has accomplished his first major permanent public commission in the United States with the “Parliament of reality” at the CCS Bard College; it will be officially inaugurated on Saturday May 16. 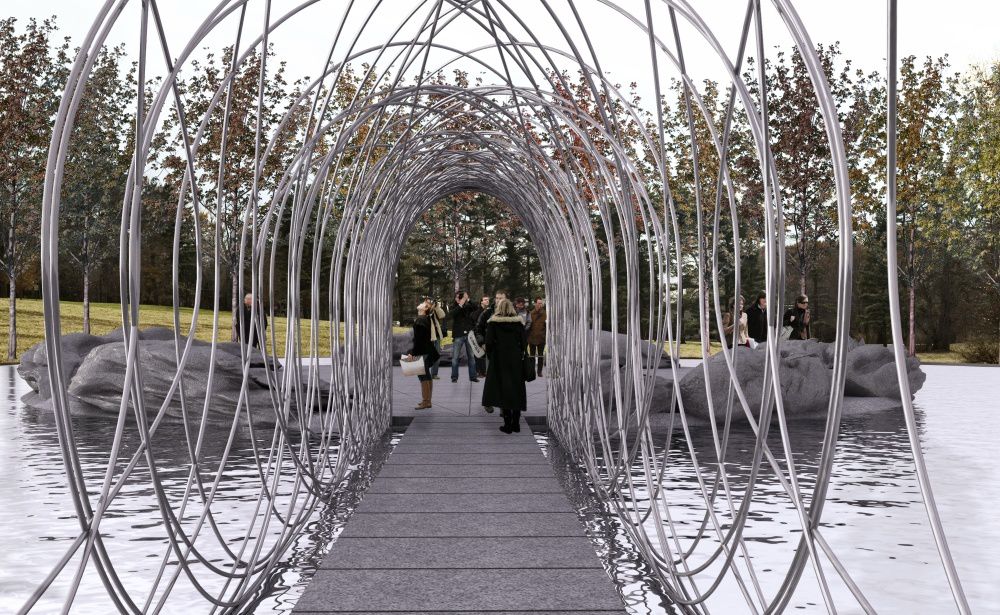 Known for projects that have the ability to merge the viewer into singular physical experiences by playing with basic phenomenon or elements of nature such as temperature, water, mist or light. Eliasson purchases this will of connecting people with its environment with “The Parliament of reality”. But, as a monument created for the Center for Curatorial Studies, which is a place for knowledge, reflection and exchange about art, this space has also the will to apply for communication and education.

Therefore, Eliasson drew from his Icelandic culture, where he grew up, and inspired himself from the Althingi, or Icelandic parliament, which is the oldest national democratic institution in the world. “Icelandic parliament is called the Althing, meaning: a space for all things.” Said Eliasson, and added : “The parliament of reality emphasizes that negotiation should be the core of any educational scheme. It is only by questioning, that real knowledge is produced and a critical attitude can be sustained." Indeed, this place embodies this educational ideal where students and teachers can sit down, cease the landscape, listen to the water flowing, and in the same time exchange but in a other context than the classroom, which is sometimes to formal for natural dialog.

Before going further, here is the accurate description given by the CCS Bard College : “The Parliament of Reality consists of a circular pond approximately 135 feet in diameter surrounded by a ring of 24 planted trees. Nestled in the center of the pond is a circular island, paved with individual stones that inscribe a twelve-point pattern derived from the meridian lines of nautical charts and the compass. The island is accessed via a stone bridge covered by a steel latticework tunnel. Based on the island’s floor, the tunnel’s design is composed of a series of ellipses, which gradually intensify toward the point where the bridge and island meet. As visitors cross the bridge, the tunnel’s design appears to gradually shift, providing a symbolic temporal experience evocative of the work’s overall conceptual goals. Large, smooth boulders situated in two rows around the outer rim of the island provide seating.”

Thus, the place provides a singular and beautiful location for creation and the viewers are a key element for ‘The Parliament of reality’ to be active. For this inauguration and to initiate the ideology of the Parliament of reality as a place for exchanging ideas, two days of conferences and debates are organized around the topics of art, design and architecture. On Friday 15, The Human Rights Project (HRP) at Bard will lead a conference about the music used as a torture. On Saturday 16, such people as Peter Galison, Lars Lerup, Molly Nesbit, Felicity Scott, Peter Sloterdijk, Andrea Zittel, will debate and dialog with Olafur Eliason.

A major retrospective of the artist, ‘Take you Time’ is currently traveling in United States, it is now displayed at the Museum of Contemporary Art in Chicago.

Published by Art and You - in Exhibitions and Fairs
write a comment …
<< Ranbir Kaleka - Reading Man... Lisi Raskin – Armada – Blanton... >>